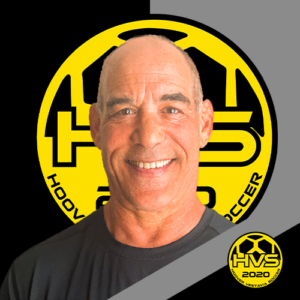 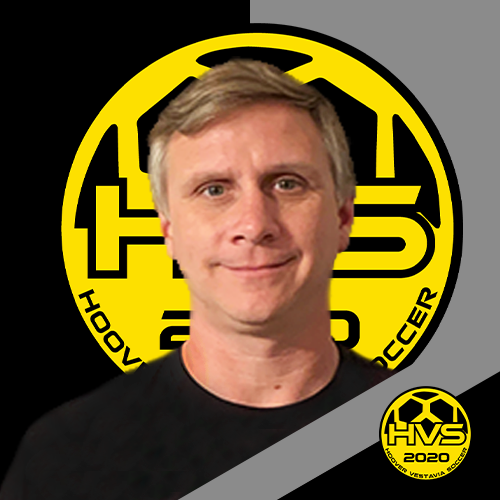 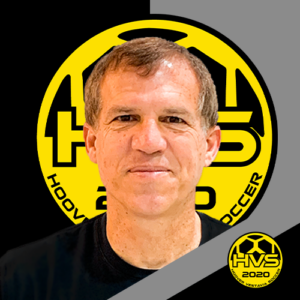 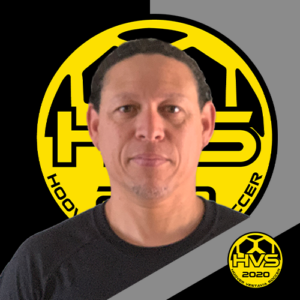 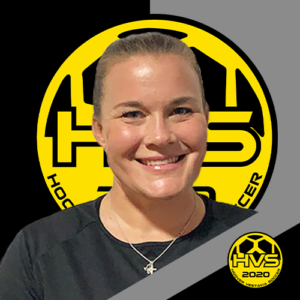 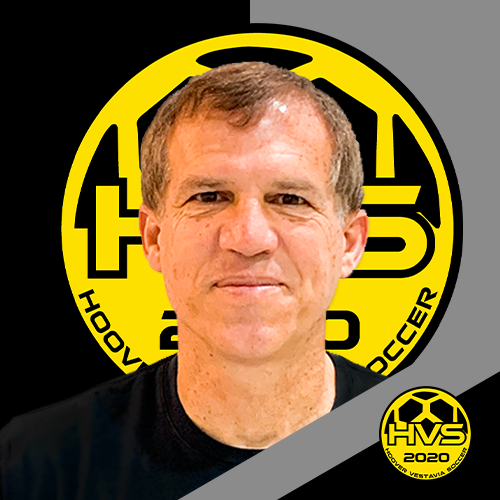 Mike Getman is a former professional soccer player and collegiate coach. He ranks 15th in victories for Division I Coaches. His career record stands at 322–218–56 (.605).  He served as UAB Head Coach from 1992-2018. His UAB teams won 6 conference titles and played in the NCAA Tournament 8 times. He is one of only two coaches to lead a UAB team to the Elite 8 (Gene Bartow/Basketball was the other). He was the Head Coach at Harvard University from 1987-1992 where he led the Crimson to an undefeated regular season and a place in the Final Four. He was selected as conference coach of the year 3 times and was selected as the Conference USA “Coach of the Decade”. He is the winningest coach in C-USA history.  Coach Getman played college soccer at Indiana University and then professionally for the Detroit Express.  More than 50 of his college players moved on to the professional ranks. 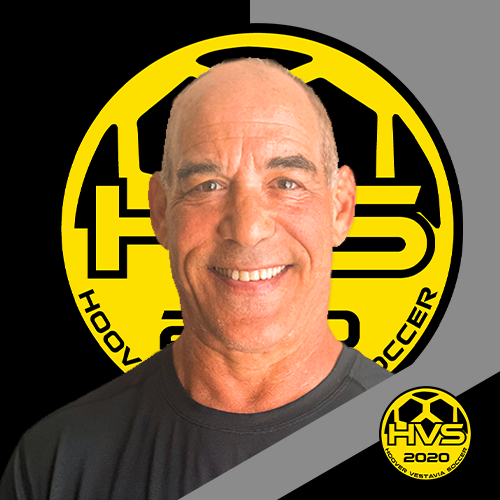 Rocky Harmon has been the Executive Director at Vestavia Hills Soccer Club for twelve years. Prior to moving to Birmingham, Harmon served as the Director of Coaching of what is now NASA/ TopHat in Atlanta for seventeen years. Harmon holds a USSF 'A" License, and a Premier Diploma from the United Soccer Coaches. He was the first US Soccer staff coach to select Clint Dempsey to a Regional pool, where Harmon coached Dempsey for three years. Harmon played at the University of Tampa, and later was an assistant coach at his alma mater for two seasons, as well as West Virginia University for three years. 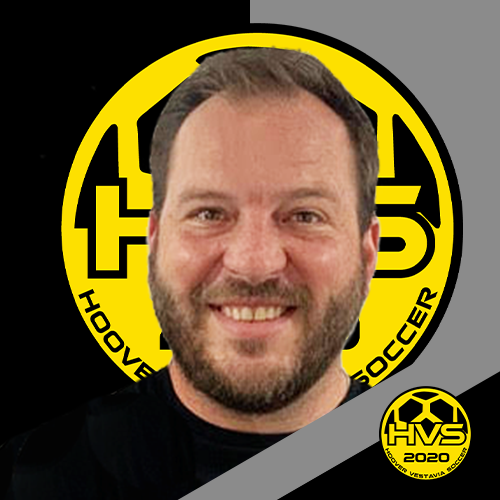 Corey Jones grew up in Homewood, AL. and graduated from the Univ. of Montevallo where he was a four year starter.  As a player he helped lead Montevallo to the school's first ever conference championship. His skill in the goal earned him the MVP award for the Gulf South Conference. Coach Jones has coached for many of the top clubs and high school teams around the state over the past 20 years, and also served for three years as the goalkeeping coach for the University of the South. Coach Jones has coached at the youth level for Vestavia Hills Soccer Club for the past few years. 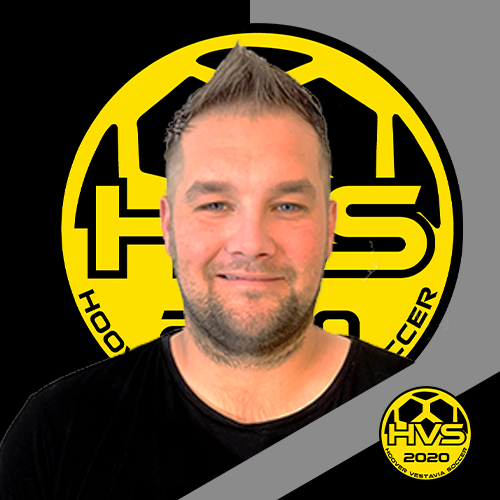 Chris Blight was born and raised in Guildford, England. He has been involved in soccer through playing and coaching for almost 30 years. In 2007 Chris moved to the United States to pursue a career in soccer and teaching. He spent 4 years playing and captaining the team at Huntingdon College before graduating and moving on to Auburn University of Montgomery, where he earned his Masters in Kinesiology and served as an assistant coach for the Men’s team helping them reach the national tournament. Chris was also an assistant coach for the Birmingham Hammers for a year before they developed into the current Birmingham Legion team. Chris is currently a teacher and the Head Girls Soccer Coach at Oak Mountain High School, whilst also serving as a coaching staff member at VHSC. Chris holds a NSCAA Premier Diploma and a USSF D license and was named United Soccer Coach HS Coach of the Year in 2020 and 2021.  Recently, Chris coached the Oak Mountain Girls Varsity to the Alabama State Championship in 2021. 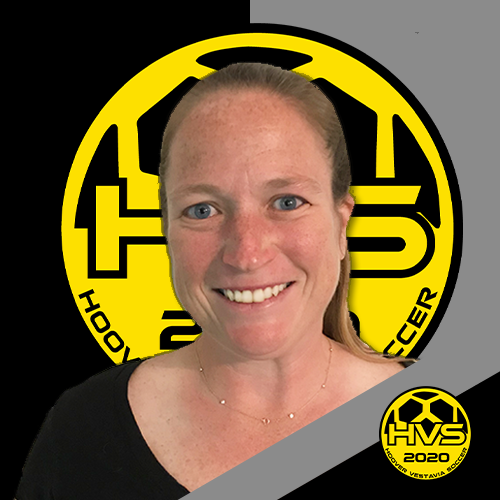 Amy Disko was born and raised in Birmingham - grew up playing club soccer in the area and graduated from Oak Mountain High School.  Amy continued her soccer career playing at UAB for 2 seasons and transferring and playing her final 2 seasons at Lee University (TN).  She began her coaching career in 2006 with Vestavia Hills Soccer Club and has worked there ever since.  In her coaching tenure her teams have won numerous state championships and has had quarter-final and semi-final appearances at the USYS Southern Regional events.  She currently holds her USSF C License and National Youth License and has served as the VHSC programs administrator/registrar for 10 years. 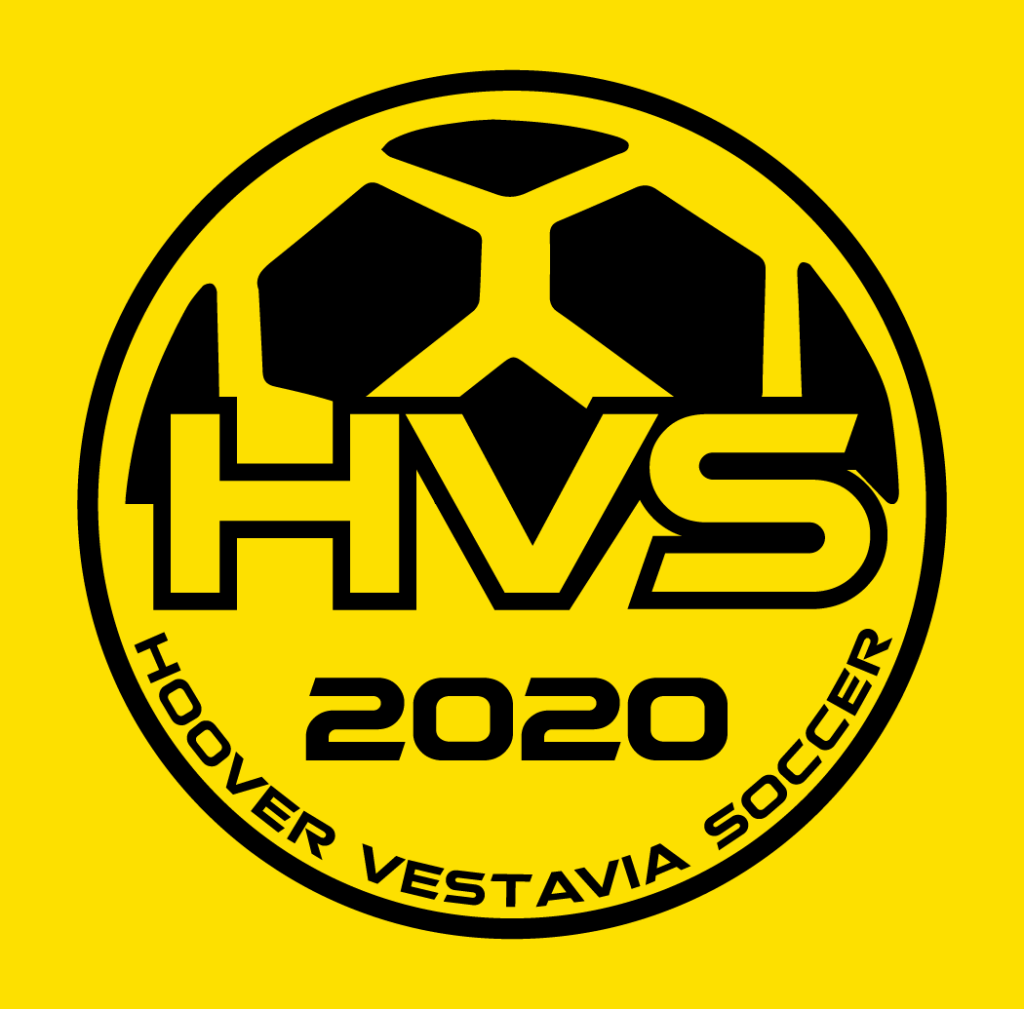 Jose Espinoza is originally from Guadalajara, Jalisco, Mexico. He grew up playing soccer in Alabama from the age of 5.  He played club and High School soccer winning multiple titles. He later played for the Birmingham Pumas semi-professional team. For the past 3 years he has coached for both Hoover Soccer Club and Pelham High School. 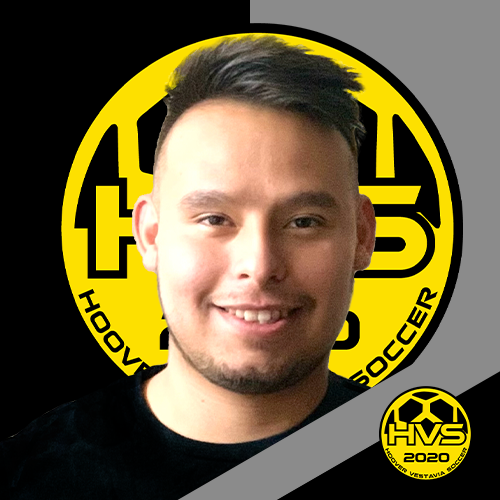 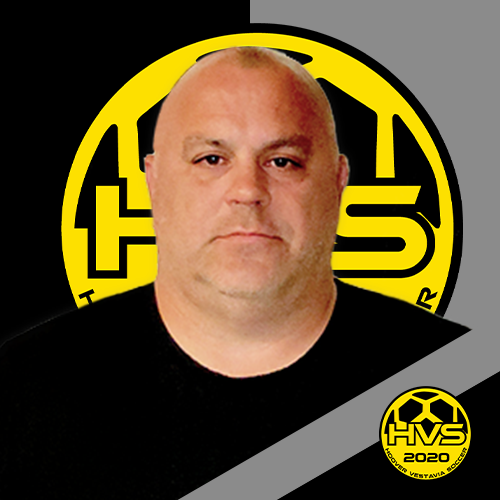 Justus Griffin was the UAB Asst. Coach for over 20 years (1996-2019).  He helped lead UAB to 6 Conference Championships and 8 trips to the NCAA Tournament.  He was the recruiting coordinator at UAB for over 10 years.  As a player he helped lead UAB to its first ever conference championship and trip to the NCAA Tournament. His blistering pace and defensive discipline made him one of the best defenders in the nation.  After college he played professional soccer before returning to UAB as an Asst. Coach.

Jason McLaughlin grew up in Wetumpka, AL where he led the High School team to the State Playoffs while setting the record for most goals in a season.  That record still stands!  He went on to star at UAB where he scored the game winning goal against North Carolina in his first collegiate game.  An All-Conference performer, he also led the Blazers to the NCAA Tournament and was captain of the team his junior and senior year.  After college, he had a very successful professional career.  He was selected as Rookie of the Year playing for the Atlanta Silverbacks.  He later played for the Vancouver Whitecaps and the Portland Timbers.  He has worked with Faulkner University Soccer and  with the Capital City Streaks.  He currently holds a USSF B License. 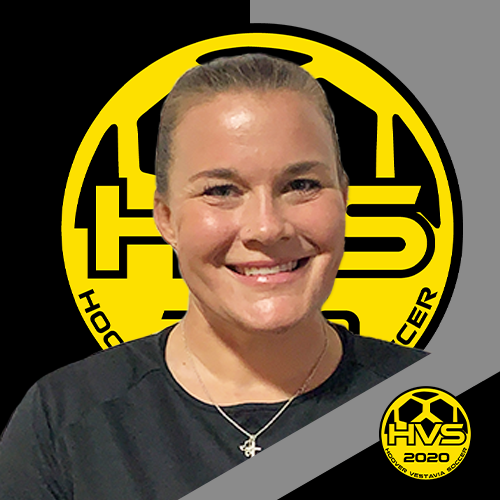 Kat Nichols was born and raised in Grapevine, Texas (outside of Dallas). She has been involved in soccer since the age of 4 when her playing career began. Coming up through the club and ODP system in North Texas, helped her follow her dreams of playing soccer in college. She attended Samford University in Birmingham, Alabama where she played all 4 years as a center back. After college, she began her coaching journey and has worked with many of the top level clubs in the Birmingham area over the last 14 years. Kat is continuing to pursue top level coaching licenses. She currently holds her USSF C, United Soccer Coaches National Youth, Goalkeeping Level 1 and National coaching Diplomas and is currently pursuing her USC Premier Diploma. For the past several years she has been the Girls Director of Coaching for the Vestavia Hills Soccer Club and their College Liaison. 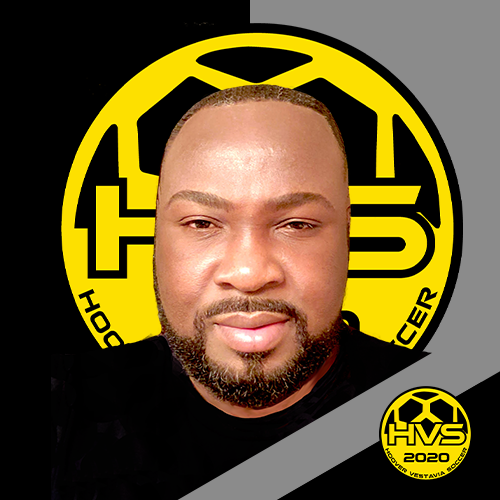 Will Kossivi Nsougan played internationally for the Togo National Team and was captain for the U20 National Team. He played professionally in Togo for Etoile Filante and Agaza before moving to France where he played for Grenoble Soccer Club. He later moved to Saudi Arabia and played for Al Najma & Al Najran Soccer Club and ended his career in Dubai with Al Ahli in UAE. He has coached for Vestavia Hills SC since 2016.  He holds a US Soccer Grassroots and USSF National C license. 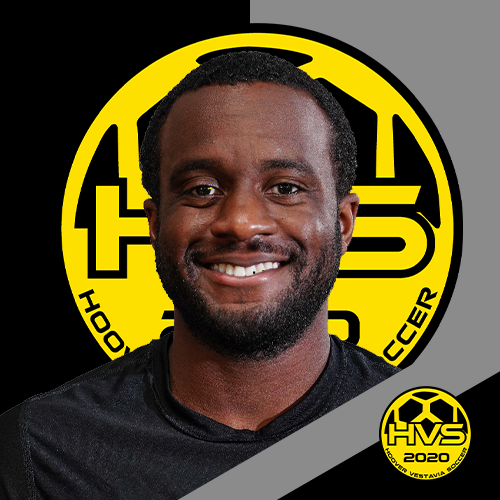 DeAndre Robinson is a former professional soccer player with the Philadelphia Fury.  Prior to playing professionally he was a member of the UAB Soccer Team and the United States Youth National Teams.  He represented the USA from age 14-18.  Coach Robinson has coached at the youth level for many years most recently working with Trussville United. 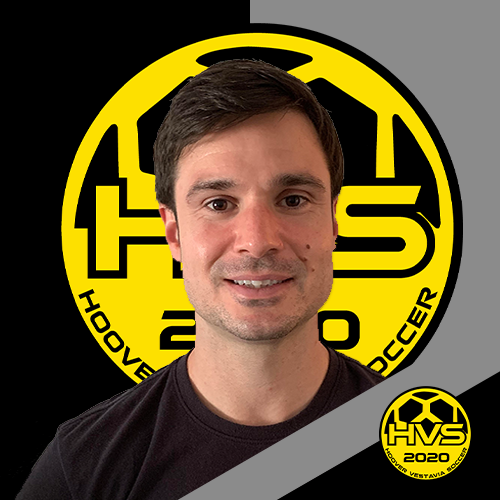 Carlo Schiavonni is the Boys Director of Coaching for Vestavia Hills Soccer Club.  He has been with VHSC since 2015.  He played college soccer for UAB where he was a 4 year starter. Prior to his arrival in Birmingham he was a member of the Canadian U-20 National Team. He played in the 2005 Youth World Cup in the Netherlands. He is originally from Montreal, Canada. 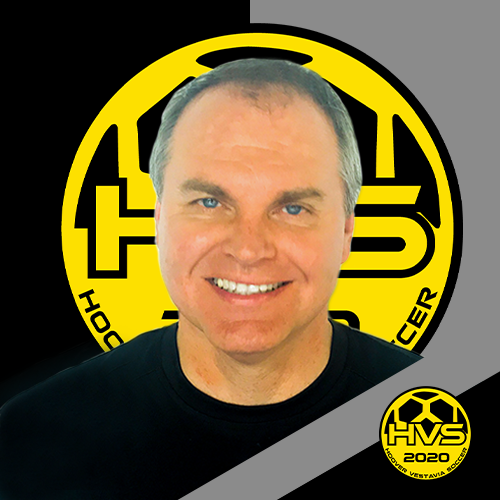 Oleg Sinelnikov is a former professional player who holds his USSF A-youth license and US Soccer Grassroots Instructor License in addition to Advanced National Goalkeeping Coaching license.  He instructs coaching licensing courses for US Soccer and Alabama Soccer Association. He has coached at the College and Club level for over 25 years and is on State and Region III ODP staff. He is a Professor of Sport Pedagogy at the University of Alabama and a Technical Director for Hoover Soccer Club. In 2018 he was selected as the Competitive Coach of the Year by the Alabama Soccer Association.  This was the second time he received this award. 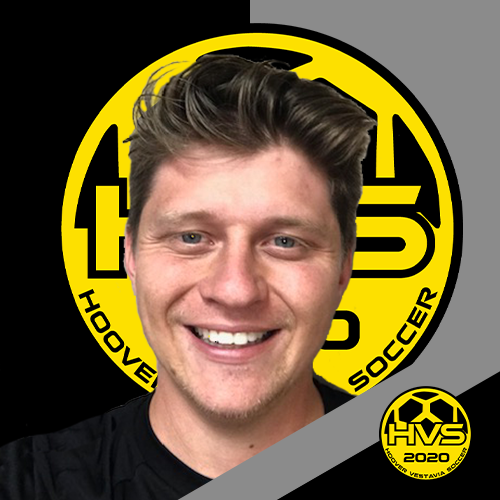 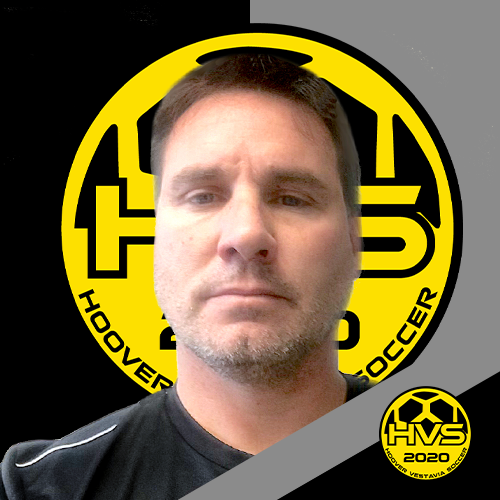 Joel Wallace has been a college coach for many years.  He is currently the Goalkeeping Coach for UAB.  Boasting more than 20 years of collegiate coaching experience, Wallace was the head men’s soccer coach at Westminster College from 1998-2008.  He left Westminster as the winningest coach in school history compiling a record of 105-85-16. He guided the Blue Jays to their first conference title in soccer and its first NCAA Tournament appearance in 2002. Including his one year spent as head coach at MacMurray (Mo.) College, Wallace has a career record of 121-91-17 during his 12-year tenure.  A graduate of MacMurray College, Wallace earned first-team all-conference and all-region honors as a goalkeeper. During his playing days (1988-91) he helped lead MacMurray to the NCAA Division III Sweet 16 (1990) and Elite Eight (1991). He is a two-time winner of the Prairie College Conference Most Valuable Player (1989 and 1990). Wallace still holds several school records including most career shutouts (40), most shutouts in a season (19) and most consecutive shutouts (7). His 18 shutouts in 1991 is an NCAA Division III Record. 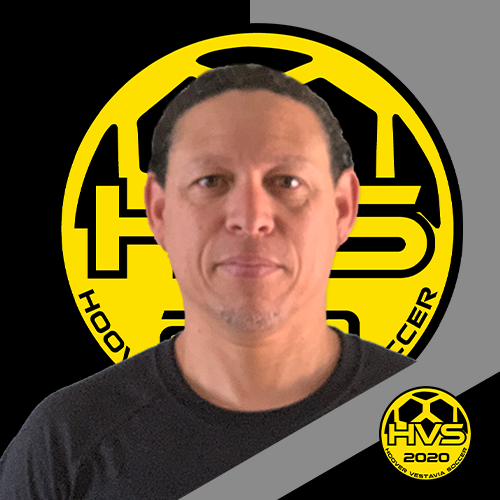 Luke Whittle is one of the longest serving coaches in Alabama history. Over the years he has coached many players who have reached the Pro and National Team level.  He played a large role in developing current professional players like JJ Williams, Brandon Servania, and Jaden Servania.  He is the Director of  Operations for Hoover-Vestavia Soccer Club and Director of Soccer for Vestavia Hills Soccer Club.  Luke, graduated from the Univ. of South Alabama where he was a four year starter.  Luke has coached at every level of soccer from youth, college and professional. 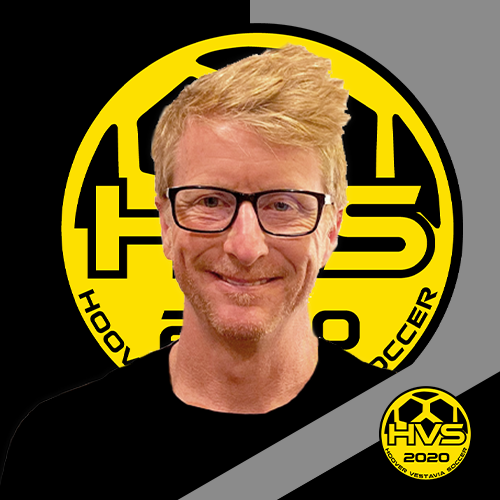 Jason Woodall is a Georgia native, where he grew up playing his youth soccer in Stone Mountain.  Jason went to Presbyterian College and was a 4-year starter and Captain.  Jason went on to play semi-professional and professional soccer for the Charleston Battery, Columbia Patriots, Greenville Shamrocks, and the Atlanta Ruckus.  Jason has been coaching youth soccer since 1990.  He spent 20+ years coaching each summer at Ralph Lundy Soccer Academy and Mount Berry Soccer Academy.  In addition to Coaching College Soccer at Ga. State University and various High Schools throughout the years... He has also coached youth soccer teams of all ages and worked as a DOC, Academy Director, Director of Player Development, administrator, website designer, graphic artist, and General Manager.  Jason holds a USSF B, National Youth License, and is a Registered Nurse (RN) in Alabama.