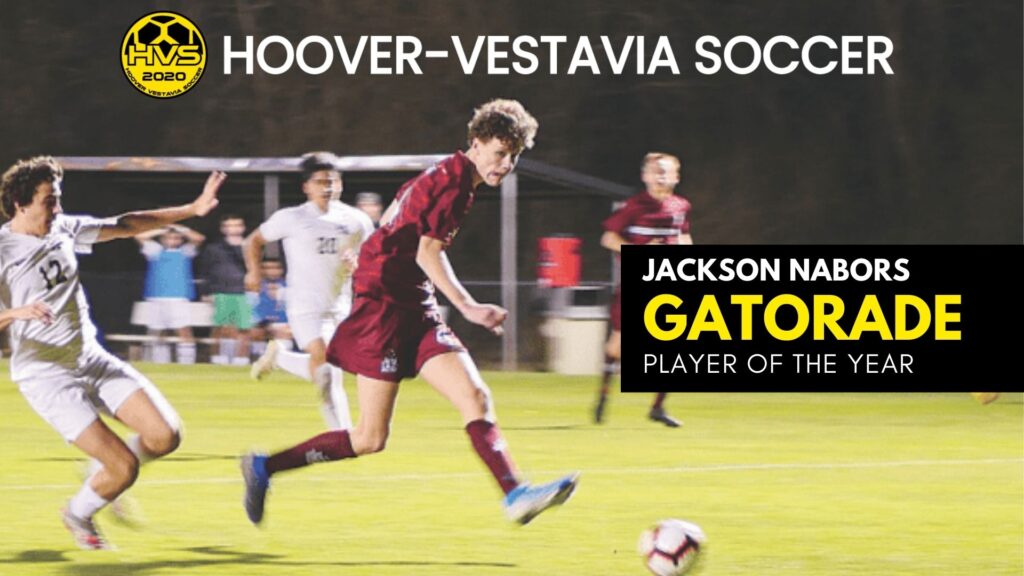 The award, which recognises not only outstanding athletic excellence, but also high standards of academic achievement and exemplary character demonstrated on and off the field, distinguishes Nabors as Alabama’s best high school boys soccer player.

Nabors has maintained a 3.69 GPA in the classroom. He will begin his senior year of high school this fall., and will play for the HVS 03-04’s! Way to go Jackson!